Berchtesgaden (RWH) To date a total of 42 different nations have competed in luge events at the past 14 Olympic Winter Games. Since the première of the sport of luge at the 1964 Winter Games in Innsbruck (AUT), 41 different nations competed in the men’s singles, 28 nations in the women’s singles and 23 nations in the doubles events. Additionally, 12 nations participated in the FIL Team Relay event that made its debut at the 2014 Games in Sochi, Russia.

Allowing for the different national federations and their different names in the course of time and political changes, there have been 49 nations. This includes the all-German team of 1964 as well as the teams of the former USSR countries (EUN) in 1992 or Czechoslovakia (1964 until 1992) before it split into the Czech Republic and Slovakia.

On its internet platform, the International Olympic Committee (IOC) refers to the former all-German team as EUA or “Equipe unifiée d’Allemagne”. With the collapse of the former Soviet Union, five states (Russia, Kazakhstan, Ukraine, Uzbekistan and Belarus) officially formed a “Unified Team” (Équipe Unifiée) that competed under the Olympic flag at the 1992 Olympic Winter Games in Albertville (FRA). Of the former Yugoslavia (until 1992) Bosnia and Herzegovina as well as Slovenia competed at ensuing Olympic Games.

Since luge made its debut at the 1964 Winter Games in Innsbruck, lugers from Austria, the different German teams (EUA, GDR and - as of 1992 - GER) as well as Italy and the United States competed at all Olympic Winter Games. Not to be excluded, New Zealand, represented by Angela Paul (1998 and 2002), and Kazakhstan, represented by Yelizaveta Axenova (2012), participated in the women’s singles but never in the men’s singles or in the doubles events. 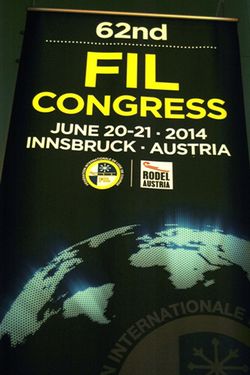